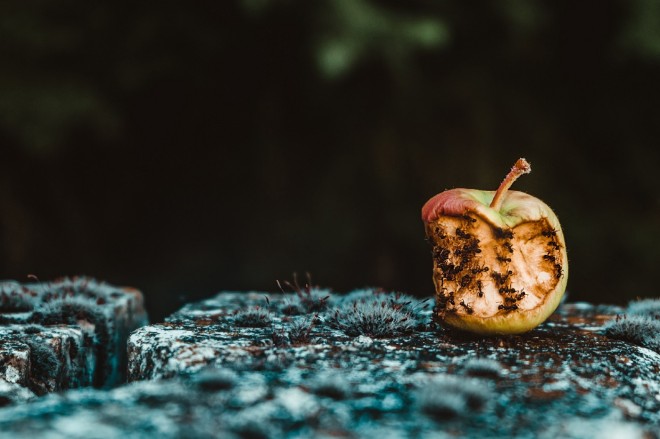 *Author’s note: The author has used the terms Latine & Latines. Use of -e and -es as gender neutral endings in Spanish has seen increased use in Argentina. It is the author’s preferred way to incorporate gender-neutral pronouns into Spanish and as a way to acknowledge Pride Month.

I am a bilingual speech-language pathologist who has worked in education for 10 years. I am not a native Spanish speaker nor am I Latino. I am white with one great grandfather from the Philippines (hence the last name). Although I am genetically Filipino, I am for all intents and purposes culturally white, although I have connected with my Filipino family and their culture.

When I was asked to expand on some of my thoughts as a white educator in light of current events that I had shared on Facebook, I spent a few hours writing down my ideas. I then let it sit as life got in the way, which included attending the protest going from Bay View to downtown Milwaukee on June 2nd. The protest itself was peaceful but vocal with support of the community on our way downtown. I departed at City Hall with friends so I could help them get back to Bay View without doing a full walk in 92 degree heat. After settling in at home later, I was dismayed and angered to see how the situation had escalated. Tear gas, rushing protesters, the infamous plastic “Molotov Cocktail”. The following days presented more instances of law enforcement going along with protests until they, in my view, appeared to be done with it. At the flip of a switch, they attempt to wield their “authority” over otherwise peaceful protesters and escalate the situation.  The day previous to my completion of this article, I saw the police attempt to exert their authority by raising all of the bridges into downtown in an apparent attempt to prevent a protest coming from the South Side from entering downtown. This theme of exerting authority brought on by observing the actions of the Milwaukee Police Department, the Milwaukee County Sheriff’s Office, and various suburban police departments, drew a strong parallel to what I’ve thought about and seen in the treatment of Black children in schools.

In his book “The Trouble With Black Boys and Other Reflections on Race, Equity, and the Future of Public Education”, education professor and author Pedro Noguera describes the traditional functions of American schools: sorting students into career tracks, socializing, and social control. He notes that the majority of his students who seek to become teachers began this career path with the hope to “transform lives by inspiring young people and exposing them to knowledge that makes it possible to dream, aspire, and imagine new possibilities for themselves and the world”. However, Dr. Noguera describes that “the fixation on control is antithetical to many of these ideals. When children are presumed to be wild, uncontrollable, and potentially dangerous, it is not surprising that antagonistic relations with the adults who are assigned to control them develop. The fact that such assumptions and the disciplinary practices that result from them are commonplace and deeply embedded in the routines of so many schools makes one wonder why so many educators could allow themselves to become complicit in this unfortunate subversion of educational ideals”.

The combination of Dr. Noguera’s words and witnessing the events that have occurred since the murder of George Floyd, the incident in Central Park featuring Amy Cooper, and the actions of various law enforcement agencies in Milwaukee in response to protests made me take a hard look at what kind of system myself and other educators work in. The obsession with authority and control and how that plays out differently based on race is something that is discussed, but for many of us did not really resonate until now. Another factor in this dynamic is how our system is built to press white standards onto children. In a series of Tweets, Joe Truss from Culturally Responsive Leadership addressed to white educators who want change. All of the Tweets resonated with me and are better and more meaningful advice than I could fathom providing myself (the link is contained at the end of this article). One of the Tweets made me think hard about what myself and other educators have been accomplices in. He urges white educators to “Stop correcting students’ expression of their identity. Hats and hoodies and jewelry aren’t hurting anyone. Neither is slang, students’ accent, and language. Appreciate it. See it as an asset”. Although somewhat of a jump past this advice, it made me think about how much we have demanded students of color to comply with white standards. Education has based its standards of behavior, performance, and attention off of white standards. Education forces its students of color to master “standard” English, even though many of our students speak different dialects of English at home. Education forces our students to comply with white expectations of “acceptable” dress and appearance. The forcing of white standards and expectations plays into the theme of authority and control that our system has managed to suck us into. It is evident to me that when Dr. Noguera speaks of children being viewed as wild, uncontrollable, and potentially dangerous, this is a mentality that is shared by many educators and law enforcement officials about Black people. I am confident that most educators did not enter this system to perpetuate racism. However, the combination of complacency and silence from well-meaning educators to combat those educators who treat Black students differently is just as toxic as “the bad apples” in law enforcement agencies not being called out by their peers.

I should make it clear that difference in treatment is not isolated by race of the educator. Working in bilingual education, I have seen my fair share of Latines who have noticeably different attitudes and treatment of non-Latine Black students. Before moving to my current position, I worked at a school which had Head Start classrooms. Even with three and four year olds, I would see colleagues, white and Latine, whose classroom and behavior management of black children was visibly different compared to non-Black students. Even such a young person was, on occasion, viewed as a threat or a challenge to authority in a way that was not evident compared to children of other races. Frequently, any sort of behavioral situation was rapidly escalated, often resulting in disciplinary action that could have been avoided if the situation was handled differently or if the student was not Black. Outside of the classroom, I have heard more than my fair share of comments about Black students, from snide and flippant to blatantly racist, from both white and Latine coworkers. After sharing my thoughts on Facebook, I had several friends reach out to me and share their experiences of “those teacher/s” that treated them differently due to being Black.

What made me reflect on all of these incidents is my silence. Early on as a less-experienced educator, I fell into the trap of not saying anything. I suppose it was motivated by not wanting to seem like the upshot. As time progressed and I got to know my coworkers, there was a dynamic similar to families. “I know Aunt X says racist shit, but she’s family. Uncle Y is a huge bigot but saying something will just start drama”. That dynamic led to further silence on my part. Now, I recognize it as a failure to break a chain of racism, whether it is conscious or subconscious. It was a failure to stand up for and protect children. I regret my silence standing up for our Black students who were treated so differently. It makes me angry to think that between the teachers’ treatment of these students and my silence and the silence of well-intentioned peers, that such small children could be viewed as a big enough threat to authority that they deserved to be treated so differently compared to their peers of different races. The failure of well-meaning educators to speak up, act out, and refuse to let this cycle of racism continue has led to so much pain and trauma for these students.

There has been a lot of discussion about having conversations about race and calling out racism with family, especially when it comes to feelings and attitudes towards Black people. The same needs to happen amongst our fellow educators. As stated before, school staff communities often take on a character similar to families. It’s time for all educators who are in a situation similar to mine to start having these conversations and calling out racism and unequal treatment of Black students. We also need to be vocal and adamant about making sure all aspects of education are applicable, meaningful, and respectful of all students, not just being tools to impress whiteness onto our students. The price of silence and complacency is too great and has been paid by too many children. I will not let myself be an accomplice to the bad apples again.